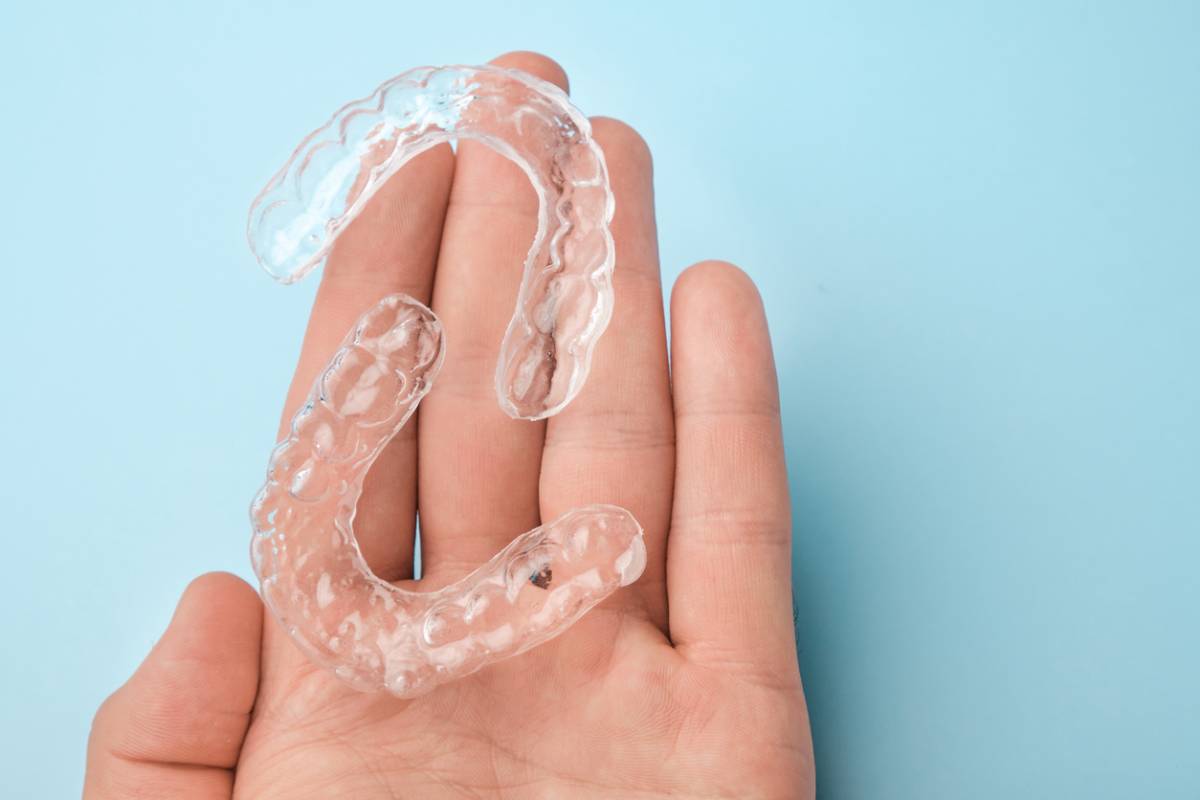 If you aren’t already familiar with the technology, Invisalign is an alternative approach to straightening teeth that doesn’t require unsightly braces or restrictive dietary habits. It works by using removable trays that gradually shift teeth into a better position. Over time, your OC dental specialist in Irvine will swap out the trays until your teeth are where they are supposed to be. For many people, especially adults, Invisalign provides a way of correcting mild to moderate malocclusion (aka crooked teeth) with a lot less fuss. But, does Invisalign hurt?

Although Invisalign was initially introduced to the market in the late 1990s, it is still a relatively new technology when compared to more traditional orthodontics. Understandably, that means the average person usually has a lot of questions when it comes to Invisalign. As always your dentist is more than happy to discuss this with you if you’re thinking about getting Invisalign in Irvine, but today we’re going to focus on just one of those common questions. Does it hurt?

As a society we are conditioned by films and television series to view orthodontia as an awkward and painful process. Although it is true that braces certainly aren’t a walk in the park, these representations are often exaggerated. For better or worse, the representation of orthodontia in popular media explains why so many people wonder whether or not Invisalign is painful. The general answer is “not really.” Let’s explain.

All forms of orthodontia shift your teeth from one position to another. This is going to cause your gums to be a bit sore. Generally speaking, orthodontists say that the first week or so seems to be the worst for new Invisalign patients, but it should never cause serious pain. As with braces, you may want to avoid heavy chewing the first few days to reduce discomfort. If you’re sore even when you aren’t chewing, then you may want to try an over-the-counter topical anesthetic or pain reliever.

Invisalign Can Be Less Painful

You may still experience the discomfort of your teeth when the trays push them into a new position. But there are other types of pain that Invisalign can help you to avoid. Anyone who has had traditional braces has a deep affection for orthodontic wax. It’s a material that physically prevents the sharp metal corners of the braces and bands placed on their teeth from damaging the inside of the mouth. A few lucky people never need it. But a good portion of people who have had traditional braces have a few places around their mouth where their braces or associated appliances left their mark. By having Invisalign, you avoid this form of pain completely.

Is your top concern discomfort? Then you can take steps to minimize it while going through your Invisalign program. The most important is wearing your trays as often as physically possible. With removable trays it is all too easy to just take them out when your mouth is feeling a bit sore. However, for your Invisalign to be effective, you have to wear them about 22 hours every single day. Patients who aren’t wearing their trays 22 out of every 24 hours are going to take longer to treat, and they are going to experience more discomfort.

Let’s look at every time you take out your trays for more than a short period of time. Doing this, you invite your teeth to move back where they feel comfortable. That means you’re actively undoing the work you’ve already done. And your teeth have to move again once you have replaced your trays. By not wearing your trays the recommended number of hours, you’re elongating the initial ache. Also, you increase the risk that your next tray will require a more dramatic shift than intended.

Orange County Dental Specialists provide fantastic comprehensive dental care in Irvine. We take great pride in creating a beautiful new smile for you. To ensure that our patients leave satisfied, we have equipped our office with all the latest dental technologies.